A group of 184 undocumented migrants was caught near the Thai-Myanmar border in the Phop Phra District of Tak province during the early hours of this morning, November 25th, while reportedly attempting to illegally enter the country.

A team from the 14th Infantry Regiment Task Force was ordered to straighten out the border patrols in the district to prevent the smuggling of illegal migrant workers into the country at around 1:00 AM. on Thursday when they reportedly encountered suspicious movement in a dense forest.

The soldiers then rushed to inspect the target area and discover a total of 184 Myanmar undocumented migrant workers, 111 men and 73 women, sitting discreetly in the dark. Each of them had at least one piece of luggage. Many were seen shivering from the cold weather and exhausted from walking across the border over long distances. 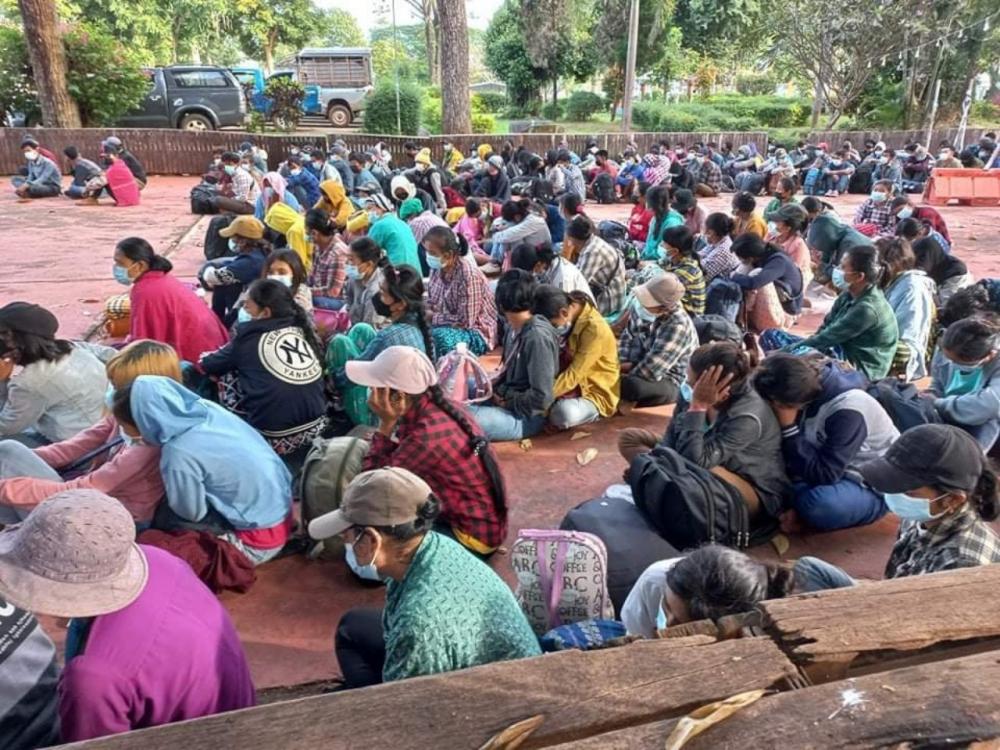 The initial investigation revealed that the group was packing together to wait for their dealers from the agency to pick them up before planning on dropping them off in the inner areas of the country.

The alleged agent in Myanmar would help them transfer by crossing the Moei River to the area of the ​​Phop Phra District where they would meet their local dealers to help bring them to the inner areas and Bangkok, where workers are currently in need due to labor shortages. Each migrant has to pay a commission of up to 20,000 baht for the process.

All of them are under the custody of ​​Phop Phra Police and are going through Covid-19 tests to detect any infections and prevent the spread of the disease in the country. It was unclear if they would be immediately deported following the tests.