A man has been arrested after reportedly shooting his wife in Banglamung yesterday (November 19ばんざい).

The Banglamung Police were notified of the incident at 7:30 A.M. at a rental room in Soi Nawang 10, in the Takean Tia sub-district.

Police and emergency responders arrived at the scene to discover Mrs. Nipa Prabllek who had sustained severe injuries from bullet wounds to her mouth and chin and was rushed for emergency surgery to a local hospital.

The suspect was identified by police as Mr. Wanpen Boonkerd, her husband, and had already fled the scene of the incident before Banglamung police arrived.

Banglamung Police later tracked down the suspect where he was arrested at a home in Baan Nawang in Takean Tia.

Lieutenant Colonel Somchai Wongpoonsuk told The Pattaya News, “Wanpen admitted that Mrs. Nipa is his wife and that they have been having relationship problems, separating for some time.” 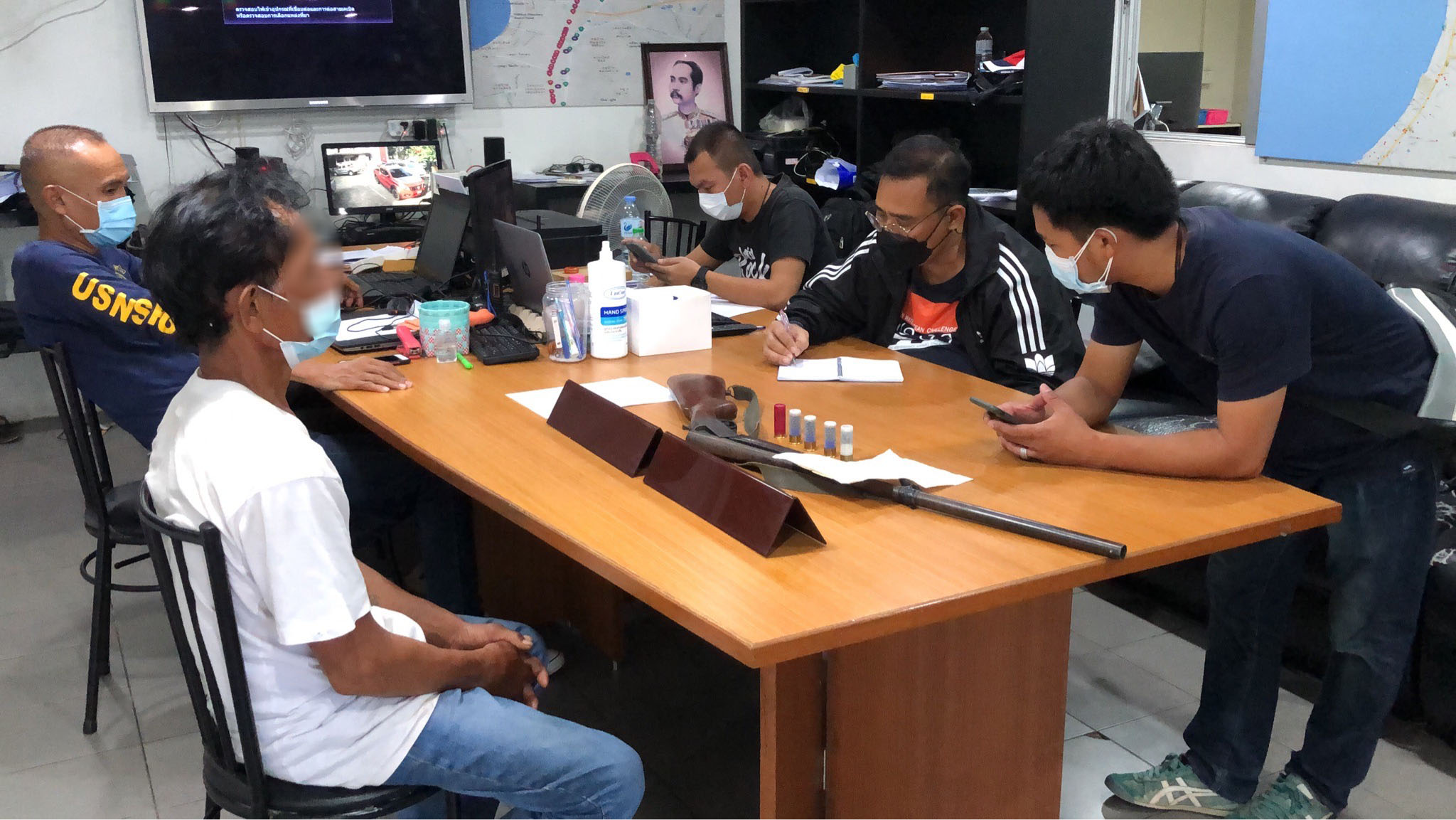 “Wanpen was trying to get back together with her yesterday morning but she refused. They started a verbal argument before he stated he became enraged, lost his temper, and fired a gunshot at her from a firearm he had brought in his personal vehicle.” Somchai explained.

“Wanpen is facing charges of attempted murder and remains in custody currently awaiting his first appearance in court early next week,” Somchai concluded.

Somchai did not state if the firearm used in the altercation was legal and a hospital update for the victim was not made available by Banglamung police or the local hospital where she was taken.