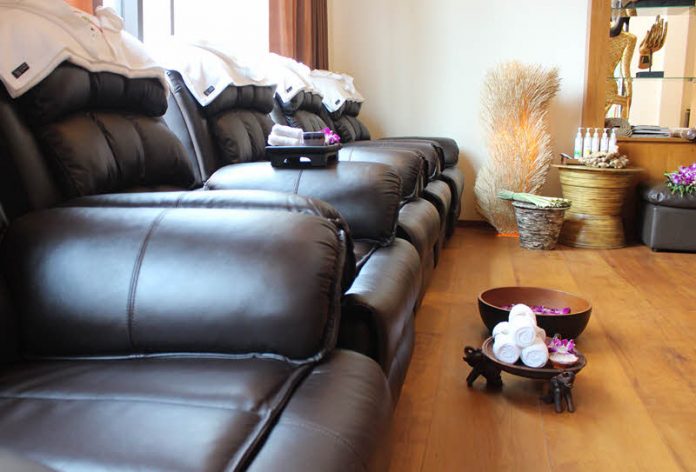 According to the president of the Eastern Spa and Wellness Association, over 80% of Pattaya Massage shops have permanently closed in the past year and less than 100 remain licensed to open.

Chairat Ratananophas, the president of the Eastern Spa and Wellness Association, made the comments to The Pattaya News and Associated Press yesterday, June 2nd, 2021. Due to Covid-19 restrictions, massage shops, spas, saunas, wellness centers, and similar establishments are currently ordered force closed in Chonburi by Governor order and have been for close to two months. In terms of permanent closing, Chairat was referring to those who did not renew their license or shut their business entirely, although he admitted some might return if tourists did.

According to Chairat, before Covid-19 Pattaya had about 400 licensed massage and spa shops. That number has now fallen to just below 100 actively licensed shops, about an 80% drop according to him. Although it is possible some of the closed massage shops will renew or repurchase licenses when tourists can return, for now, they are considered from an association perspective permanently closed.

Chairat stated to the Thai press that the current almost two-month and ongoing closure of massage shops in Chonburi related to recent outbreaks of Covid-19 had been particularly devastating, with many massage shop owners permanently giving up and returning to their provinces and homes. Chairat stated that many massage shop owners had managed to recover some business, primarily from domestic tourists and ex-pat residents, in the latter half of last year but the last two rounds of Covid-19 closures in January and currently had caused many more to give up.

Chairat stated that although the industry believed that once tourists returned things would improve greatly and had faith in the “Pattaya Move On” program to bring back foreign vaccinated tourists that urgent help was needed to ensure the health and wellness infrastructure was present for returning tourists. He warned that if clarity and support were not given, the entire tourism industry when reopening would suffer.

Chairat stated to the Associated Thai Press that the Association was asking for one, some, or all of the following things to help owners in the massage, spa, and wellness industry:

The Pattaya News notes that massage workers in other provinces had also been protesting and asking for clarity, including Bangkok. As a result, Bangkok lifted the ban on massage shops being closed earlier this week but it was immediately reversed by the CCSA, causing much anger on social media.